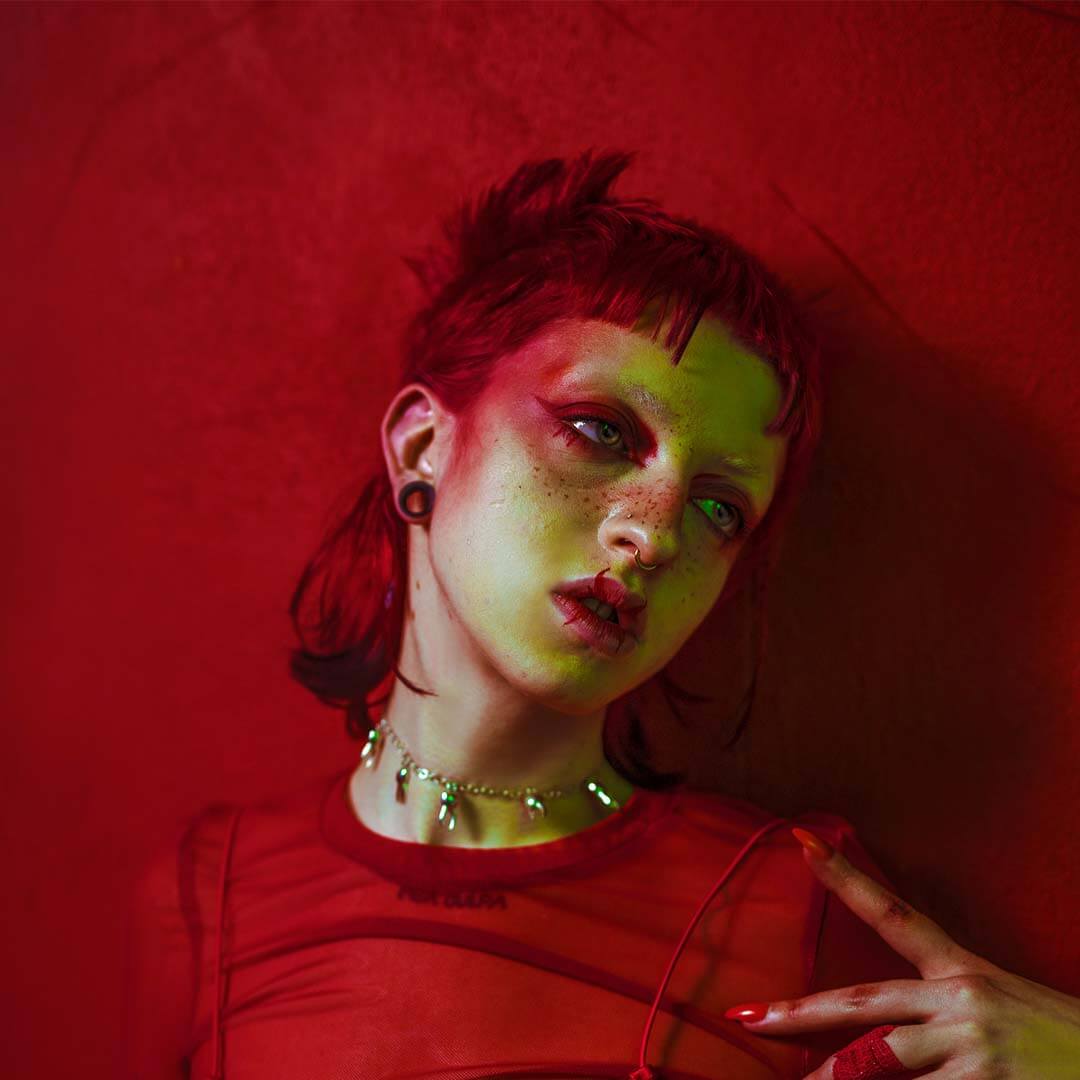 Cody Frost has experienced a lot on the road to her new EP, IT’S NOT REAL: heady highs and crashing lows, despair and disillusionment, self-care and catharsis. In truth, she’s been scrutinised for as long as she’s been making music. Aged 13,
encouraged by her musician mum, she was sharing versions of songs by Frank Ocean, Nirvana and Slipknot on YouTube. By 14 she was taking the 45-minute bus trip from her native Burnley to Manchester to busk. It was an experience that helped Cody’s voice develop its power, though, as without a microphone she was forced to belt out her performances without one.