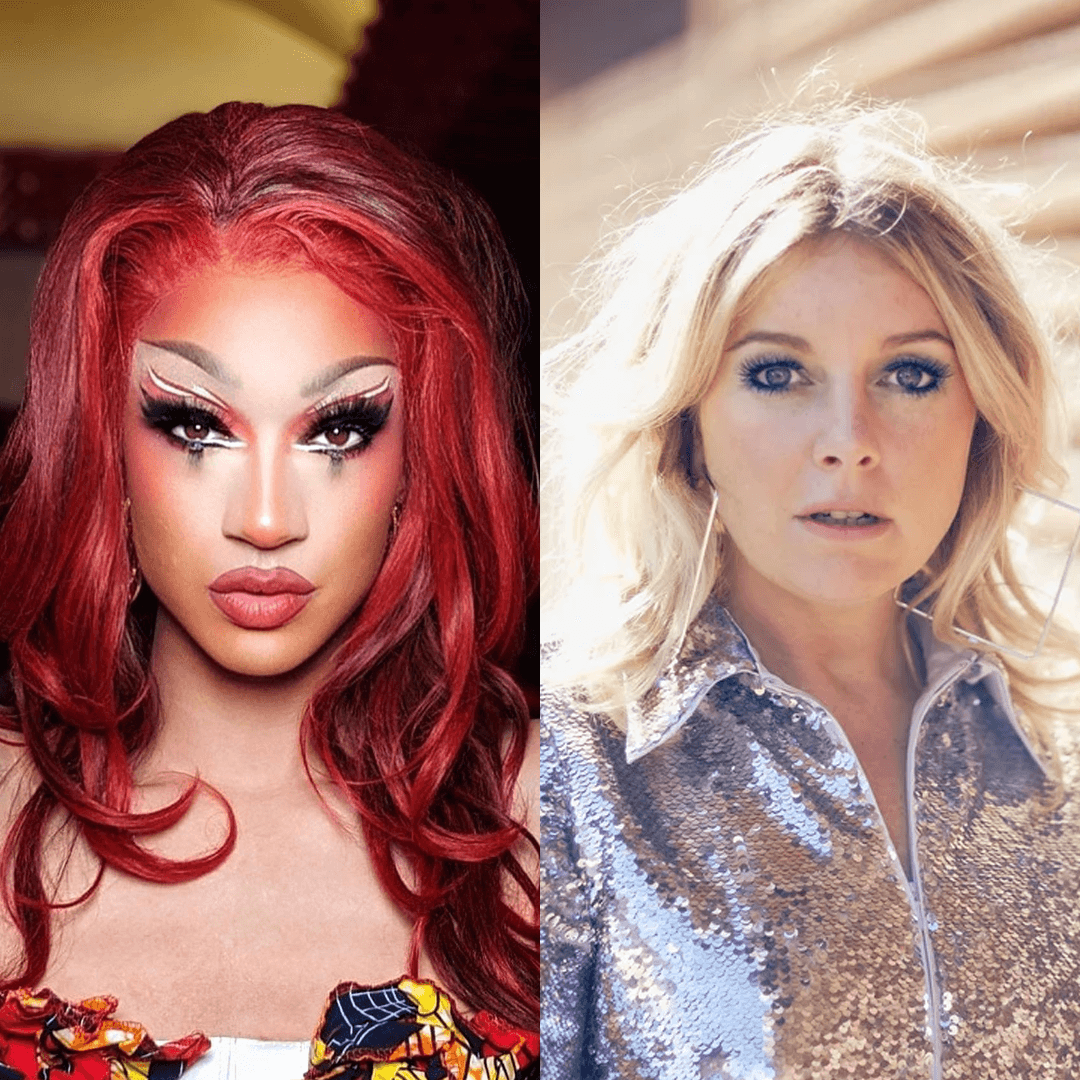 Drag and pop superstars collide on the storming new single from Tia Kofi and Little Boots.

Produced by uber disco dance producers Moto Blanco, ‘I Specialise In Love’ is a shimmering disco house cover of the classic 80’s US dance hit by Sharon Brown.

The track rides hot on the heels of Get Better’, the first single off of Tia’s highly anticipated upcoming sophomore EP that was exclusively released via Notion Magazine, playlisted by Gaydio, and featured across BBC Radio, Channel 5 News, Gay Times, Celeb Mix and EQ Music.

All three tracks feature on Tia’s upcoming second EP ‘Part 2: The Antidote’, due for release in June. Tia will also be Notion Magazine’s ‘Behind the Base’ artist of the month in June and is performing this Summer at Mighty Hoopla, Pride In London and Brighton Pride.

Tia and Little Boots first collaborated when Little Boots co-wrote Tia’s debut single ‘Outside In’. ‘The track was premiered on Radio 2’s Zoe Ball breakfast show and has amassed over a million streams since, entering the Top 30 on iTunes.

Tia’s debut EP ‘Part 1: The Damage’ hit No.1 on the iTunes pop chart and No.3 on the iTunes main chart and has been streamed over 1.3 million times on Spotify.  Both ‘Outside In’ and second single  ‘Look What You’ve Done’ have been Top 3 hits on the Official Music Week Commercial Pop Chart, whilst ‘I Want It All’ went Top 10 in November of last year.

Tia is the BBC’s presenter of digital content for the Eurovision Song Contest again this year. She also recently starred in Celebrity Catchpoint on BBC One, MTV’s Celebrity Ex in the City and the BBC’s Eating With My Ex, alongside presenting for the Winter Olympics for BBC Sport. She also starred in Attitude Magazine’s Spotify Wrapped campaign and several campaigns for L’Oreal.

Little Boots,  AKA Victoria Hesketh, recently released her fourth studio album, ‘Tomorrow’s Yesterday’. A tenderly euphoric, songwriterly disco album about what it means to get yourself back. It’s a coming-of-age record that casts a compassionate eye on youthful insecurity and pledges to stop living life in the passenger seat. It is her first self-produced album, and its piano-led songs reflect her classical music training as well as a lifelong love of iconic artists such as Elton John, Carole King, the Bee Gees and of course ABBA. Little Boots will be joining ABBA for their trailblazing virtual tour in support of Voyage, their first album in 40 years.

With plaudits for the new music coming in from the likes of NME, the BBC, The Line Of Best Fit, Paper Mag, and Clash, it’s a powerful time for Little Boots, who said “I feel like I’m ready to take on the world. I feel like I can do anything, which is amazing after such a strange couple of years. I feel like I’ve got all this ammunition: I’ve got this record that I’m so proud of that people genuinely seem to be really liking, and I’m about to go into a dream gig with my favourite band ever. I feel like I’ve been in a cocoon and I’m about to come out a sequin-covered butterfly.” From that little flame came a rousing disco inferno.